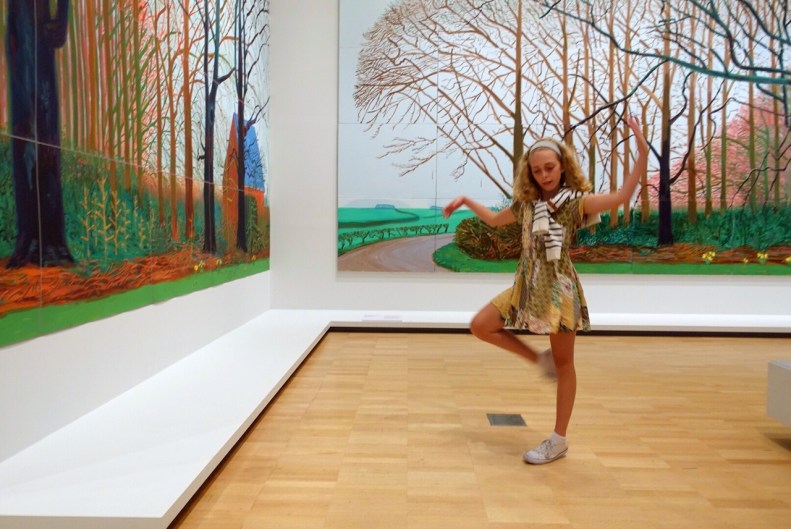 Young girl in front of Hockney’s: Bigger Trees near Warter 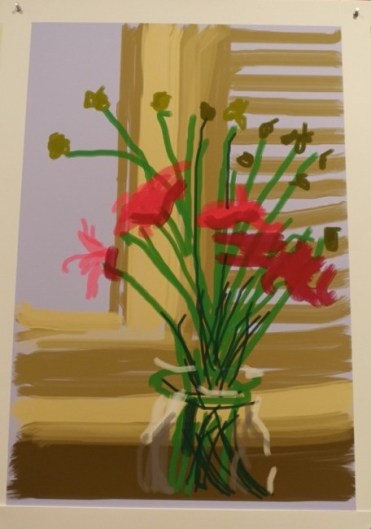 Liz a yoga mate of mine flagged me down at the Port Melbourne tram stop and said: ‘There’s a madman in Bourke Street, don’t go there!’  She’d come out of the Galleria shopping centre to see chaos and destruction after a driver had mowed down innocent people in the pedestrian mall.  Unlike a few who were taking selfies of the aftermath, she’d abandoned her lunch and moved away when instructed by police.

Though the newsfeed on my Iphone had scant details on the event, I revised my route to the National Gallery to see David Hockney’s exhibition Current.   I’d been desperate to see his collection to get inspiration and ideas ever since my sister sent me the link to the app 53 Paper and I’d started experimenting with drawing on the Ipad.

For nearly two hours I was mesmerised by Hockney’s work.  Some 1200 images filled the rooms.  From the very small to the very large, the bold and brilliant Ipad and Iphone works, to acrylic, multi-media and photographs.  Flowers, trees, seasons, portraits and the everyday were re-occurring themes.   I was captivated and wanted to absorb as much technique as possible watching his Ipad art as it magically appeared layer by layer, again and again.  As works progressed, faces reversed, expressions changed, light faded, backgrounds shrank or expanded, clothing and objects evolved.

The second room, the en plein air landscape: Bigger Trees near Warter was expansive in scale – 150 oil canvases enveloped the four walls. I sat on a bench in the centre of the room to absorb the immensity of the work and was distracted by a young girl as she pirouetted and jetéd around the room as if it was her stage and the trees, the backdrop.  It seemed that Hockney’s work had injected her with an entirely different response to mine.

A voice-over announced that it was closing time and grudgingly I headed outside into the piercing daylight and a swarm of people.  The artificial light and energy inside the gallery contrasted the sombre mood that had permeated the city crowds.  Trams were face to rear, a conga-like line to Flinders Street.  I checked my phone to find multiple text messages enquiring as to whether I was okay. The newsfeed was still vague about the drama so I decided to detour and walk along Southbank away from the senseless devastation that had unfolded that afternoon.

At the riverbank I noticed an empty bench. I stopped, sat and mutely gazed towards the dramatic city skyline.  Spontaneously I took out my Iphone and pen and started to draw, recalling Hockney saying ‘Unlike paper, you can’t really overdraw on glass.’   This is the result of my first attempts. 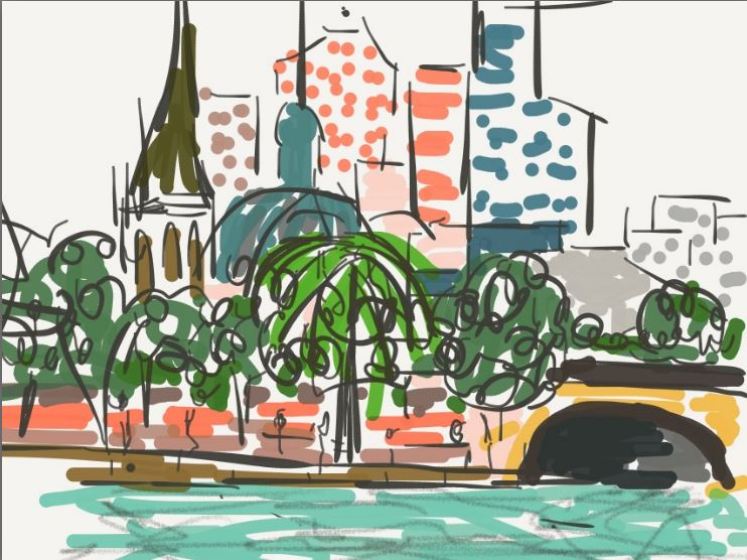 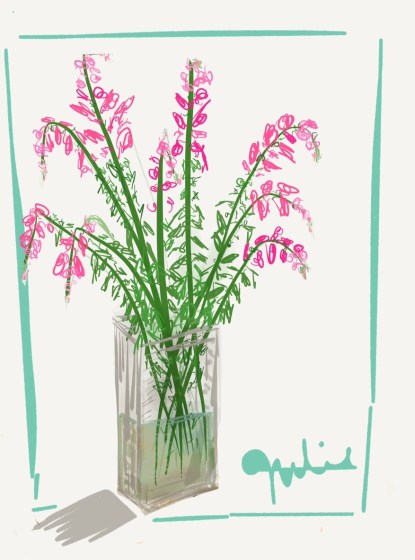 2 thoughts on “Hockney: You can’t really overdraw on glass”