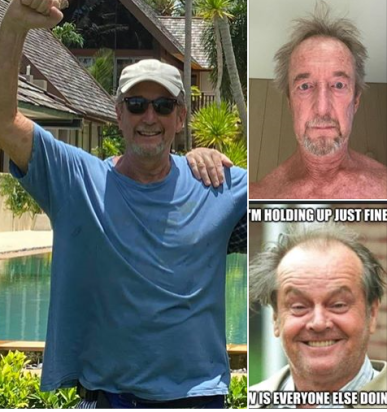 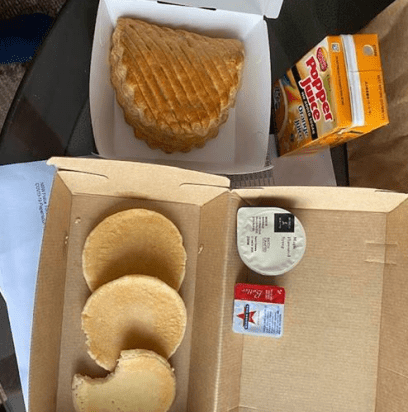 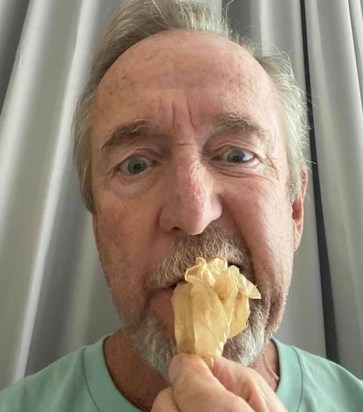 ‘A Gratitude Book, what’s that for?’ I ask incredulous. My sister-in-law, Jenny, has been repatriated home to Melbourne and is in quarantine in a 6×7 metre room in a 4-star Melbourne hotel.

Cooped up alone for 14 days with a view onto a brick wall and no fresh air or outside contact, the experience is traumatic and heightened by her need to get home to care for her ailing husband. Her pleas to get out are answered after day 9, only to be rescinded the very next day.

One week later my health and fitness-conscious, itinerant cousin, Frank, has returned from a 6 week trip to Thailand and he languishes in quarantine on the twenty-third floor of a 5 star Sydney hotel at Darling Harbour. I know this because his first post on Facebook, shows him dressed in a pristine white, hotel-issued dressing gown, using the bed as a trampoline, brazenly highlighting the lack of exercise space.

By Day 10 his daily social media tirade shows a gaunt, crazed and drawn selfie juxtaposed alongside an image of Jack Nicolson having an episode in ‘One Flew Over the Cuckoo Nest.’ There is a slight resemblance.

Because of Jenny’s debilitating experience, I’m concerned about Frank’s mental health and ring him. A tirade of expletives and anger ooze down the phone. He reiterates a similar incident to Jenny where, upon arrival, they are ushered off their planes like prisoners. Guards of army and police march them in twos onto a bus to take them to a mystery destination for isolation.

As his anger dissipates, he mocks the daily phone call from a nurse assigned to all the hotel internees that enquires: ‘How are you today? Any symptoms of COVID?’

I neglect to ask if he, like Jenny, has been issued a Gratitude Book where detainees can keep a diary to record what is good in their life each day. I suspect it’s in the bin.

Having run cafes, yoga studios and a health resort at various intervals, Frank is pretty much used to a super-food diet accompanied by yoga daily. Instead, in isolation, he is served an excess of high carbs and sugar and no room to exercise. Any wonder he is suffering.

Last night’s meal he describes as ‘a sloppy mashed deb-like potato and chicken nuggets left at the door’. When I see his Facebook entry today, he’s pictured eating a paperbag with the comment ‘I thought I was eating the wrap’.

Unprepared for isolation he has been through a myriad of emotions especially rage. After diverting it somewhat by researching conspiracy theories into COVID-19, he’s been sustained by feedback and phone calls from friends.

His issue of two white dressing-gowns now look a little worse for wear. The inside temperature, a constant twenty three degrees, has him either wearing the gown or a pair of jocks, t-shirt and explorer socks. The pile of washing grows as hotel laundry costs come with an exorbitant price tag.

As his last day in isolation looms, Frank says he feels shattered and now his biggest fear is ‘the pain of breathing fresh air into my nostrils and attempting to walk more than three meters at a time’.

Frank and Jenny are not alone with their horror stories. Daily we hear about the lack of support and damage to the mental health of travellers involuntarily incarcerated in hotels during COVID-19. We can only hope that the government designs a more compassionate means of quarantine in the future.

One wonders how anyone could have a positive experience.

2 thoughts on “Mandatory hotel quarantine – how would you fare?”