Laughingly I say to my 91 year old mother: ‘I feel like Thelma and Louise!’ We’ve just picked up our car at Sunshine Coast airport, loaded it with luggage and head north towards Noosa before swinging around the first of over a hundred roundabouts. They make me giddy, but this time, with excitement.

For two weeks we’re fleeing the gloom of Victoria’s dank, wintry weather for our annual sojourn north to Noosa seeking sunshine. Already I’ve thrown the jacket and jumper onto the backseat and rolled up my sleeves.

Noosa has been our destination for four consecutive years and it’s time to share some of the things we love about the town and its environs that are spanned by rivers, beaches and coastlines, national parks and verdant rolling hills.  In no particular order:

Sounds idyllic?  It is!  My mother wants me to book again next year with one proviso she says: ‘so long as I’m still around!’ I remind her that she’s said that for the past ten years! 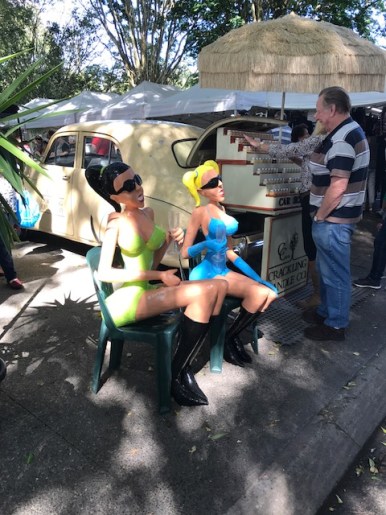