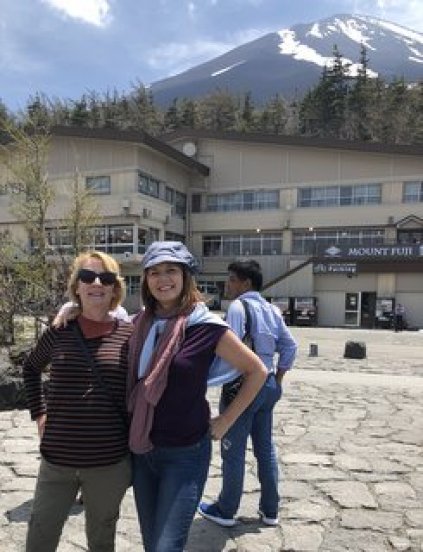 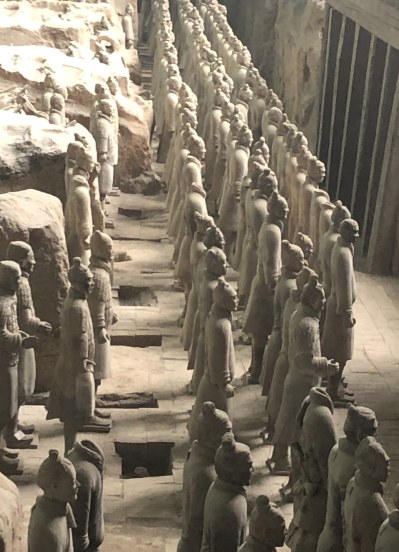 Come the weekend when the newspapers arrive, the Travel supplement is the first section that I read. What I’ve noticed over the years is the increase in full page advertisements for Trip A Deals as well as Cruises. Any wonder that tourism numbers are on the rise. According to the World Travel and Tourism Council, travel and tourism grew 3.9% in 2017 alone.

Reluctant to take a Trip A Deal for fear of being stranded or scammed, I discovered that Judy, a golf member at Kooringal, had just returned from back-to-back trips. The first, a nine day visit to Japan with a girlfriend in May was advertised at $2000. This was followed by an eight day SNA trip to China with her husband in June for a mere $999. Both trips included return airfares.

Judy, an active golfer, retired from her admin/customer service position at Victoria University in 2012. In her own words, she ‘loves to travel’ and her first trip in the eighties was to Bali. Since then she’s visited the UK numerous times to see her son, travelled independently throughout Europe and Vietnam and taken various cruises.

Judy was happy to put my mind at rest and answer the questions I had about her experiences, so I asked her:

Personally, I’m gobsmacked at the price of these trips. They certainly make overseas travel cheaper than anywhere in Australia. I’m sure Judy would agree that regardless of the price you pay, travel makes you richer for the experience!

Tell me if you were a sceptic like me, or if you’ve had a great Trip a Deal or similar experience too?