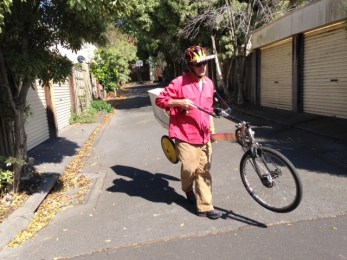 Waiting for the throng at my sister Lyn’s garage sale in Clifton Hill, I spied an unusual contraption pulling up at the dumpmaster at the end of her lane.

It looked like a bike, it moved a little like a bike and it had a rider at the helm. However there were oddities. Three wheels, two smaller and offset at the rear and the rider wearing a protruding, peaked helmet.

Then it rolled towards us. The rider leaned his conveyance against the fence and delved through our recycled wares as well as my new cycle beanies.

Bemused, I introduced myself and asked Steve about his bike.

‘It’s a tilting trike, not a bike.’ he corrected proudly.

Apparently this is Version Four and it’s the focus of his Industrial Design Master’s degree.

We weren’t invited to try the trike but Lyn was encouraged to don the modified helmet.

Steve had initially envisaged ‘an oversize eyeshade to stop sun glare, sunburn and rain’, but decided ‘a mirror on the inside of the peaked rim would take the place of left and right handlebar mirrors instead. A slight tilt of the head is all it needs to see the road behind.’

So that’s how an inventor’s mind works – forever weaving and tacking until it’s just right!

Steve adds ‘It’s not all about the visor, it’s about my trike…’ 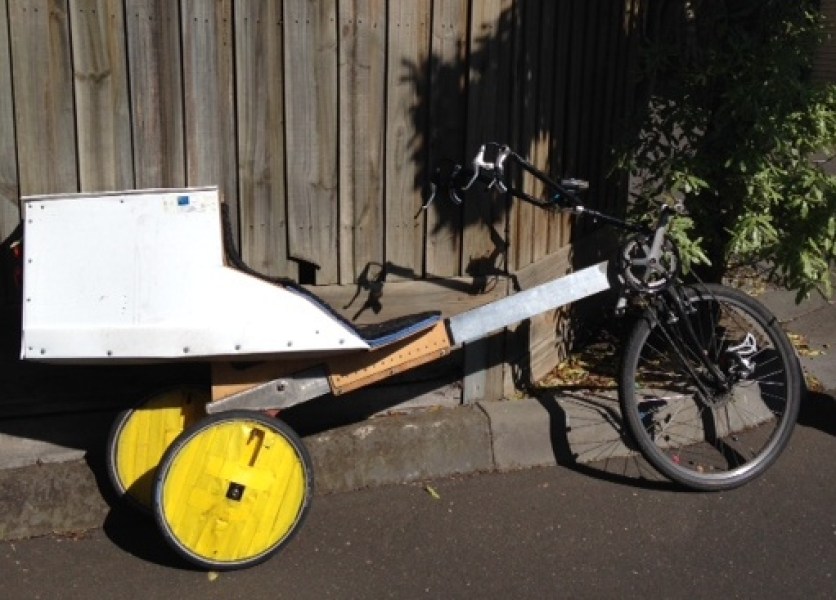 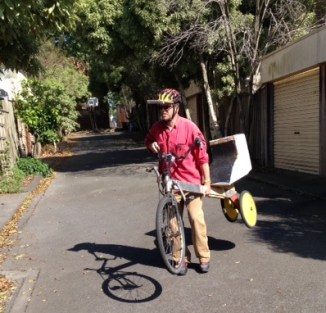 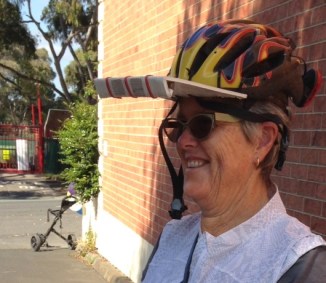